Armed with a lethal sword and immaculate hair, Toby has starred in a trio of Netflix period pieces. He’s brought his charming and intelligent voice to characters hailing from Saxon Britain in The Last Kingdom, Sixteenth-Century France in Reign, and even as far afield as Renaissance Florence in Medici the Magnificent. 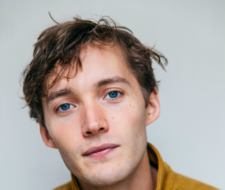