Younger audiences probably know him for his role as Dean Thomas in the Harry Potter franchise, but outside Hogwarts, Alfred has kept audiences spellbound in ABC’s Emmy Award-winning How to Get Away With Murder.  Offscreen, Alfred has had starring roles in the revival of Red at Wyndham’s Theatre and King Lear at the Manchester Royal Exchange. Most recently, Alfred appeared in the 2021 adaptation of The Picture of Dorian Gray and the sci-fi series Foundation. 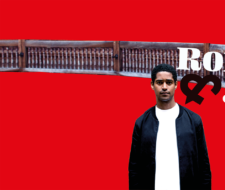